With AROS’s x86 (and also x64 multi-processor version), porting cpu-heavy apps or creating new ones may be more doable than other variants (no knock against 68060/vampire or PowerPC users, but even those are still not nearly as powerful as the Intel/AMD machines that AROS can run on).

But how to start developing?  Well, the distributor for IcarosDesktop (paolone), has put together a virtual machine image of an Ubuntu distro with the AROS development system already set up.

I’ve downloaded it and will try my hand at it soon.  Requires VM Workstation, VMPlayer or even VirtualBox to get started. 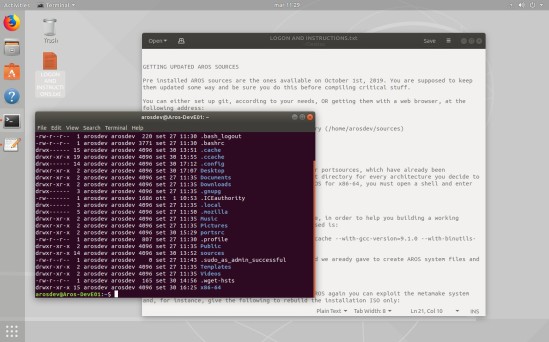